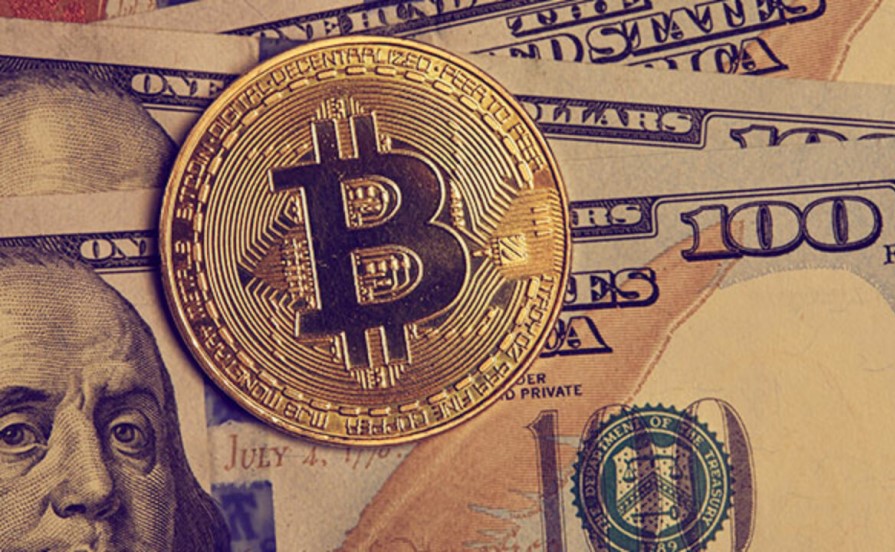 The collapse of the TerraUSD stablecoin this month is reverberating throughout the cryptocurrency world at a time when the market capitalization of Bitcoin and other digital currencies has fallen by about 65 percent from a peak of $3 trillion in November.

heightened volatility is nothing new to the cryptocurrency market, the sudden plunge in Terra carries implications for the financial system. The reason: Stablecoins are considered integral parts of “DeFi” – decentralized finance – that are designed to protect investors from the inherent volatility of cryptocurrencies

Terra was designed to retain a value of $1 at all times, but it was de-pegged on May 9, when Luna – a cryptocurrency that backed it – collapsed to nearly zero. At its peak, Luna was worth $40 billion and supported $18 billion of Terra.

The debacle has caused some commentators to question whether stablecoins could pose a threat to the financial system. At this juncture, this seems unlikely considering that they are only a small fraction of U.S. financial assets.

Others favor increased regulation of cryptocurrencies and disclosure requirements so that purchasers can be protected against fraud. For example, stablecoins would have to disclose which assets back them, where they are held and who owns them.

Still others would ban cryptocurrencies altogether. But as The Economist notes, “a draconian crackdown would put at risk the benefits that crypto eventually promises.”  They include new financial products that bypass banks, innovations in property rights and the possibility of a less centralized financial system.

these issues will be debated for years to come, this is a good time for investors to review the experience of cryptocurrencies since the inception of Bitcoin in 2008 and to glean lessons from it

As Michael del Castillo of Forbes observes, crypto’s history has been defined by five resets — in 2014, 2016, 2018, 2020 and today. He finds that “each reset not only led to price-market increases, they also cleared the way for rapid innovation.” Del Castillo believes the current reset may be the most important test.

One reason for optimism by crypto enthusiasts is that Tether – the largest stablecoin that is hosted on the Bitcoin and Ethereum blockchains and which claims to have adequate dollar reserves – quickly recovered near its parity of $1 after briefly dropping to 95 cents. But a Barclays strategist has warned that it could be vulnerable if holders rush to sell it, and that this would have an even greater impact than Terra’s collapse.

My own take is that the biggest risk to the cryptocurrency market is aggressive monetary tightening by the Federal Reserve. The reason: The phenomenal rise of cryptocurrencies has occurred almost entirely in an environment in which interest rates were at or near zero. The run-up in interest rates this year already is dampening demand for cryptocurrencies. The risk, moreover, is that their prices could fall further if the Fed raises rates by more than what is currently priced into markets.

what would happen if yields on Treasuries were to rise to 4 percent to 5 percent next year. Why would an investor prefer to hold a crypto asset that has no backing, yields nothing and is highly volatile?

Second, the main appeal of cryptocurrencies is for traders (or gamblers) who believe they can make money by taking advantage of their high volatility. But many people who own crypto assets do not understand how they are created or how to trade them successfully.

The challenge for investment professionals is that there is no way to compute the intrinsic value of crypto assets. During an annual shareholder meeting, Warren Buffett remarked that he wouldn’t pay $25 for all the bitcoins in the world. In short, cryptocurrencies ultimately are worth what people are willing to pay for them, but their price can change on a dime.

Third, claims that cryptocurrencies are a good inflation hedge because their quantities are constrained are unsubstantiated. They were asserted during a period of low inflation when there was no way to validate them. But since inflation took off in the second half of last year, cryptocurrencies have all plummeted in value.

As I have noted in a previous commentary, the U.S. was widely viewed as a safe haven after the war and there was a global shortage of dollars in the 1950s. The eurocurrency market took off in the early 1960s when he U.S. government enacted the Interest Equalization Tax (IET) and the dollar increasingly was used as a unit of account outside the U.S.

The main challenge to the dollar’s status as the world’s key reserve currency occurred in the 1970s, when U.S. inflation surged and the Bretton Woods system of fixed exchange rates gave way to flexible exchange rates. Thereafter, the dollar weakened against the key currencies, and the issue of whether the dollar could retain its status was debated in official circles. The dollar then rebounded in the first half of the 1980s when the Federal Reserve under Paul Volcker raised interest rates to record levels to rein in inflation.

Today, as the Fed once again has recognized the urgency of bringing inflation under control, the U.S. dollar has risen to 20-year highs against both the Euro and the Japanese yen. It has also been the best performing investment vehicle this year while financial assets and digital currencies have suffered steep declines.

In light of all that has happened this year, it’s time for the most ardent crypto enthusiasts to finally give the dollar its due.

Nicholas Sargen, Ph.D., is an economic consultant and is affiliated with Fort Washington Investment Advisors and the University of Virginia’s Darden School of Business.  He has authored three books, including “Investing in the Trump Era: How Economic Policies Impact Financial Markets.”

The focus on cryptocurrency is intensifying after a week of volatility