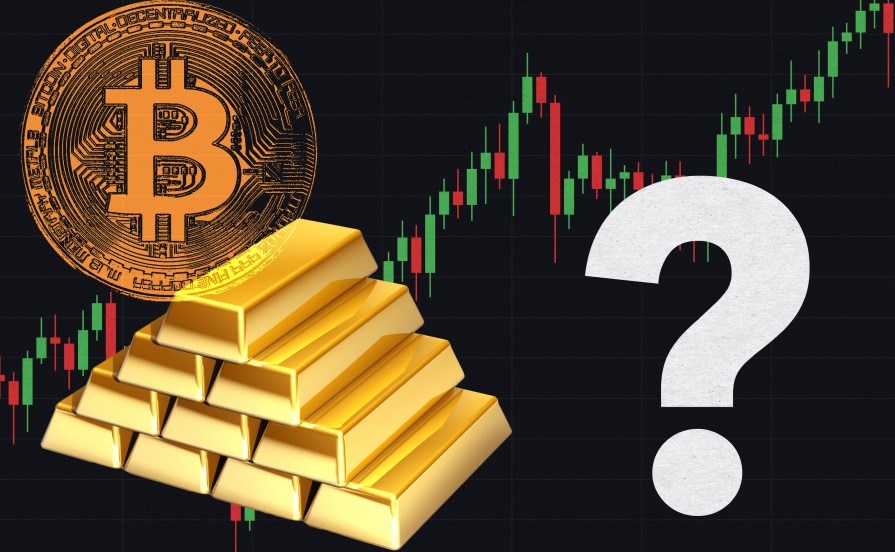 Inflation is not good for any major asset class, but it certainly hurts cryptocurrencies less!

What is Inflation?
Inflation refers to a decrease in the relative purchasing power of a currency in an economy, which is generally reflected by an increase in the price of goods and services, holding fixed wage and salary income.

Price increases only lead to a decline in purchasing power — that is, how much an individual can buy for a given unit of a currency — if incomes are held constant (or decline): if incomes grow faster than relative prices, then the individuals in the economy are growing wealthier.

Over the past year, the United States — more so than any other developed economy — has seen a substantial increase in inflation.

There are also many reasons to suspect that these numbers are substantial underestimates of the overall increase in prices. For starters, house prices are not taken into account, so the steady increases in rental rates tells an even tougher story.

Furthermore, the data used to populate the CPI comes from urban centers, which generally have better supply chains because there are more people in central hubs.

That means different people are having very different experiences throughout the U.S., especially since the goods and services they consume differ.

Economists and social scientists have long studied inflation and its effects on the broader macroeconomy.

First and foremost, the money supply is the most mechanical and important determinant of inflation. If a central bank buys $10 trillion of bonds, which amounts to “printing money,” then there is substantial inflationary pressure.

At the onset of Covid-19 in 2020, the Federal Reserve began by injecting over $700 billion in asset purchases, followed by purchasing $120 billion in bonds per month ($80 billion in Treasury securities and $40 billion in mortgage-backed securities) until December 2021. Since then, the Fed began tapering, buying back $60 billion down to $20 billion a month.

Before moving on, pause and just inspect the plot above: M1 grew from $4 trillion to over $20 trillion over the past two years.

Second, shortages on critical supplies, even food, can lead to price increases, as we are currently seeing. Geopolitical tensions certainly have not made getting supplies easier — as certain trade routes have been shut down — but these supply chain shortages have been happening for months.

These price increases have an especially troubling effect on small business owners, notably in wholesale and retail trade, who are forced to respond by raising prices on their customers too, further dampening demand.

Third, wages and salaries have not kept up. The latest Bureau of Labor Statistics data shows a 2.7% increase between March 2021 and 2022. Furthermore, so many employers have been complaining about how difficult it is to find capable and eager workers, particularly as some have demanded remote work arrangements in jobs that generally need at least some in-person coordination to be optimally effective.

Some have argued that there’s a mismatch in the supply and demand for different skills, which could certainly be a possibility given how much the economy has changed over the past three years.

While cryptocurrencies are fundamentally different from fiat currencies in that their record lives on the blockchain, and therefore is based on a completely different way of reaching consensus among decentralized parties, they are like any other asset: the price of a cryptocurrency can exceed its value based on the expectations about its growth opportunities.

Bitcoin, Ethereum, and all the other cryptocurrencies can certainly exhibit boom periods of great optimism only to experience a downturn shortly after.

But that does not detract from their value. Every asset will experience ups and downs because the market consists of heterogeneous participants with different preferences and beliefs about the world, which will cause some people to be more optimistic and others to be more pessimistic.
Importantly, however, cryptocurrencies remain less correlated with inflation than fiat currencies, like the dollar, and traditional assets, like the S&P 500.

Consider the following based on my internal calculations from the St. Louis Federal Reserve. Monthly data on the Consumer Price Index (CPI) for all urban consumers and the S&P 500 index between May 2012 and March 2022 has a 0.98 correlation. In contrast, the correlation between the CPI and price of Bitcoin (Ethereum) between 2018 and March 2022 is 0.84 (0.87).

Although the correlation is high across all of these three currencies, that is to be expected: both BTC and ETH are major asset classes that are affected by the same macroeconomic events, just to varying extents.

That the correlation is over 10 basis points less, however, is noteworthy.
It’s easy to beat up on a specific cryptocurrency and point out that it’s depreciating in price, but that is a result of many factors and it’s cherry picking — clearly there are many cryptocurrencies that are also doing extremely well, and that’s even considering that they’re still in their infancy!
Indeed, research by Yukun Liu and Aleh Tsyvinsky in the Journal of Finance quantifies the importance of common risk factors in cryptocurrency, finding that there is a common component — but there’s also a lot of idiosyncrasy in the returns, as they point out in another Review of Financial Studies paper.

Don’t be surprised when cryptocurrencies respond to major macroeconomic pieces of news and the rise of inflation— the important part is that they are much less responsive than traditional asset classes and remain an important hedge against inflation.

There is a salvation!