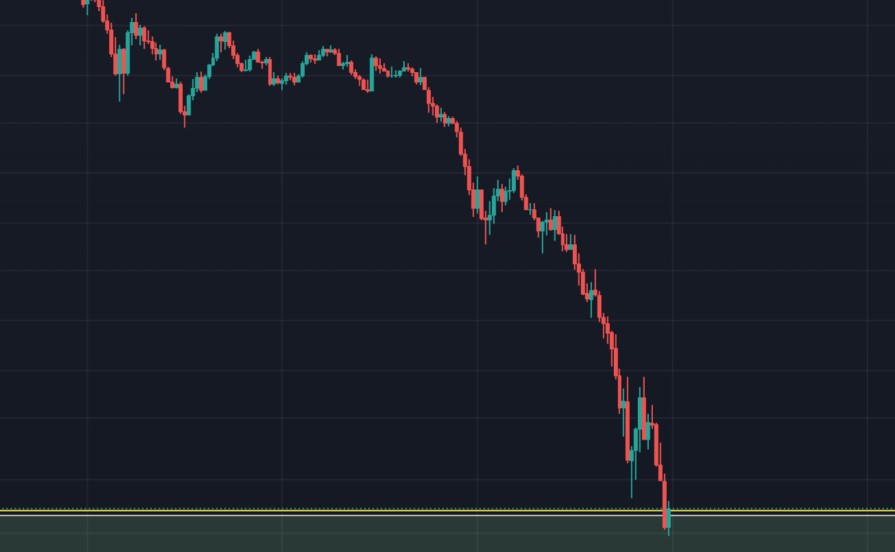 For example, Statista estimates overall Cryptocurrency Market Capitalization (the market value of all cryptocurrencies) hit $3.049 trillion on 10 November 2021. Yet, CoinMarketCap estimates the Global Crypto Market Cap was $1.274 trillion on 6 June 2022.

Is Bitcoin (BTC) the Problem?

Bitcoin is old, slow, and clunky. Indeed, crypto observers will call Bitcoin outdated technology. Yet Bitcoin is popular because it is the first and best-known cryptocurrency.

Hence, Bitcoin is too slow for commercial transactions. Nobody is going to wait at the cash register for 40 minutes to pay for groceries. Nor will anybody spend 40 minutes standing at the ATM waiting for cash. Nor is any gaming platform going to rely on something that takes 40 minutes to process a player’s order.

Bitcoin is slow because all the encryption and security measures make it hard to move and process. Ironically, I think it is all the slowness and awkwardness that attracts people to Bitcoin.

To explain, I think many people see Bitcoin (BTC) as an inflation hedge. Bitcoin investors are looking for a means of protecting cash and spending power from the market.

Hence, Bitcoin resembles gold, with the added advantage you can process BTC electronically and store it on a flash drive. That makes Bitcoin lighter and easier to move and hide than physical gold. You cannot send gold through the blockchain or carry it in your pocket. You can send BTC through the blockchain and keep it on a flash drive or hardware wallet in your pocket.

Thus, the post-COVID-19 economic recovery is one reason for Bitcoin and crypto’s crash. To explain, people thinking the economy is recovering are pulling cash out of hedges (such as Bitcoin) and putting it back into the traditional economy.

Why People Consider Bitcoin (BTC) a Hedge against Inflation?

One reason people consider Bitcoin a hedge is the limited supply. Theoretically, they can only mine 21 million Bitcoin (BTC). That keeps the price high by creating scarcity.

Notably, most of the Bitcoin is already in existence, CoinMarketCap estimates there was a Total Supply of 19.059 million BTC on 6 June 2022. In contrast, there was a Circulating Supply of 121.072 million Ethereum (ETH) on 6 June 2022. Ethereum’s Circulating Supply is high because you can mine unlimited amounts of ETH. Thus, Ethereum is far more vulnerable to inflation than Bitcoin.

Consequently, I consider Bitcoin more of an asset than a currency. People do not buy Bitcoin for its spending power. Instead, I think they buy Bitcoin (BTC) for its reputed safety. You can consider Bitcoin the modern equivalent of the gold coins, your great grandfather buried in the backyard or hid under the floorboards.
Can Inflation Boost Bitcoin?

Bitcoin is already a popular inflation hedge in Latin American countries with historically high inflation. For example, Venezuela and Argentina. I expect a similar rush to Bitcoin, particularly among younger people, in America as US inflation rises.

I think younger people will turn to Bitcoin (BTC) because it is one of the few inflation hedges available to them. Remember, it is hard for younger people to buy real estate in America. Similarly, many younger people, who remember 2008, do not trust banks or government bonds. They want something they can control.
Is Inflation Boosting Bitcoin (BTC) and cryptocurrency?

Thus, you can argue inflation is already boosting Bitcoin. Nor is it just Bitcoin (BTC) inflation is boosting. For instance, Ethereum’s Market Cap Grew by 0.97% to $214.842 billion between 3 June and 4 June 2022. Meanwhile, the Tether (USDT) Market Cap grew by 0.02% in the same period.

For example, I think some people use the Tether, Binance USD (BUSD), and USD Coin (USDC) stablecoins to hedge US dollars. Theoretically, US Dollars in bank accounts back Tether and USD Coin.

Will there be a Cryptocurrency Crash?

My suspicion is that we have already seen the cryptocurrency crash. The fall from $3.049 trillion in November to $1.23 trillion in June.

Yet the Dow did not lose all of its value during the Depression.
The Dow kept its value because many of the companies still had value. The Dow fell because of panic selling and the need for cash outside the stock market.

Hence, history disproves the worst crypto skeptics who claim cryptocurrency can lose all its value. Conversely, some individual cryptocurrencies could lose all their value.

Interestingly, the most popular cryptocurrencies Bitcoin, Tether, Ethereum, and Binance (BND) seem to be retaining their value or growing. Therefore, I think what we are seeing is shaking out of the market, as weaker or less valuable cryptocurrencies die off.

Will the Cryptocurrency Crash Continue?

Yet the same investors underestimated some tech stocks’ particularly Amazon’s (AMZN) ability to fulfill its promises in the long term. Many investors fled tech when the instant profits they were expecting failed to appear.
One reason for the Dot.com Crash was that investors did not grasp the long-term value of some stocks.

I think Amazon (AMZN) shows that good assets recover during a crash as the bad assets fall. Such assets recover, as investors realize the crash is not affecting their underlying value. For example, Amazon was still a good business. Thus, I expect good cryptocurrencies, such as Binance (BNB) will recover and grow to new heights.

How to Survive a Cryptocurrency Crash

Notably, the better cryptocurrencies such as Bitcoin (BTC) and Ethereum (ETH) are already recovering. Just as Amazon recovered before the bottom of the Dot.com bubble.

If cryptocurrency imitates the Dot.com bubble, the strong cryptocurrencies will recover first while the weak keep falling. Hence, we could see the Global Cryptocurrency Market Cap fall to new lows as the better cryptos rise to new heights.

Investors and speculators need to be careful because there is a cryptocurrency crash. Yet is too early to say whether we are at the end, or the middle of the crypto crash. Thus, I think the smart strategy is to ignore the market and buy cryptocurrencies based on their individual merits, not the market movements.

Such a strategy works because history shows the good will survive and grow while the bad die.

How ‘Trustless’ Is Bitcoin, Really?