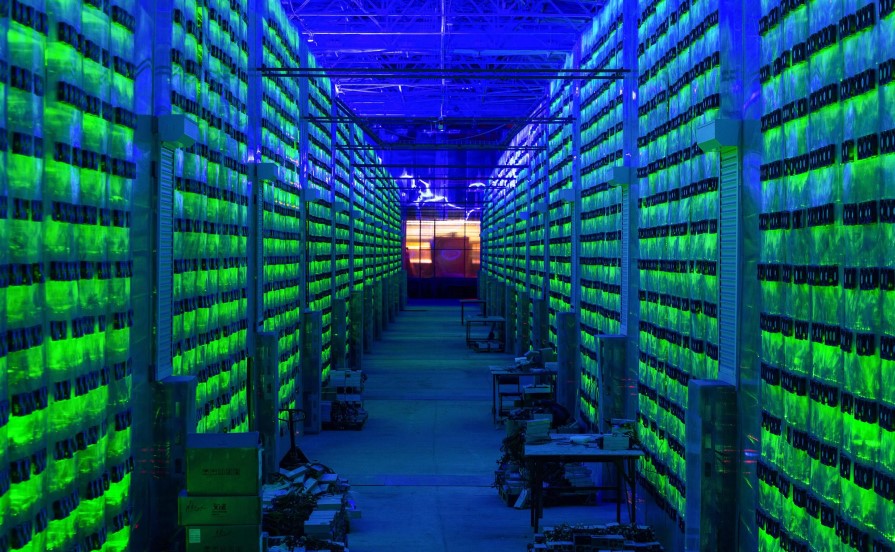 Gov. Kathy Hochul isn’t saying whether or not she will sign legislation being pushed by environmental advocates dealing with cryptocurrency mining.

The process of creating bitcoin relies on large amounts of energy, and plans to revive old coal-burning plants in the state to power crypto mining have been controversial. The legislation would temporarily ban energy-intensive cryptocurrency generating operations from setting up in retired fossil fuel power plants.

Hochul didn’t provide a clear answer whether she’d sign it.

“We’ll be looking at all the bills very very closely,” she said. “So we have a lot of work to do over the next, actually, six months.”

The first-of-its-kind moratorium legislation was initially drafted by Ithaca Assemblymember Anna Kelles. It was approved by the state senate in the last few hours of the legislative session last week.

Hochul’s progressive primary challenger, Jumaane Williams said he supports the measure. He criticized the Hochul administration for taking campaign contributions from the same cryptocurrency interests that have been lobbying against the legislation.

Why Bitcoin Mining Is Taking Off In The Lone Star State

Bybit expands into Brazil after Senate backing of cryptocurrency regulation