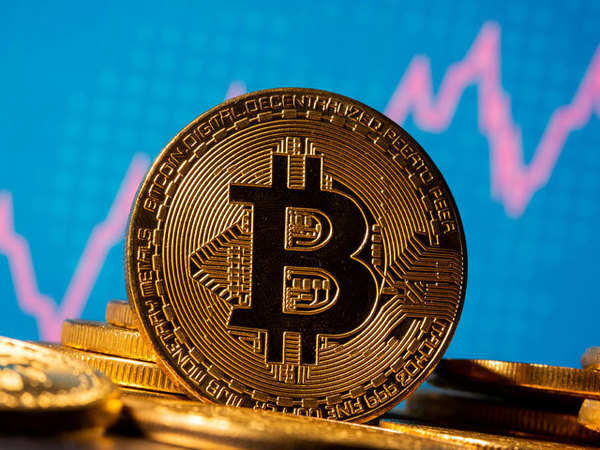 Can Bitcoin Reach $100,000 in the Next Year? This Crypto Heavyweight Thinks So

One industry leader believes Bitcoin can more than double in the next 12 months.
Key points

Nexo’s Antoni Trenchev predicts Bitcoin’s price could exceed $100,000 before April 2023.
Other financial gurus say Bitcoin could collapse completely or rise above $1 million in the next 10 years.

The Ascent’s best crypto apps for 2022 (Bonuses, $0 commissions, and more)

Nexo CEO and cofounder Antoni Trenchev thinks the price of Bitcoin (BTC) could reach $100,000 in the next 12 months. Trenchev, who’s no stranger to making Bitcoin price predictions, also warned crypto investors to expect further volatility in the short term.

Trenchev told CNBC that the granddaddy of crypto could soar to $100,000 and beyond. In the near term, he’s worried about how the Fed’s economic tightening measures could impact crypto and other assets.

He said he thought crypto prices could fall in tandem with other markets. But the crypto heavyweight argues that this might actually help crypto. The reason? He said a stock market crash could cause the U.S. central bank to re-introduce economic easing measures. The idea is that economic easing would mean more money sloshing around, making investors more comfortable with riskier assets like crypto.

As I write this, Bitcoin’s price is hovering close to $40,000 so it would need to more than double for Trenchev’s prediction to come true. Last November, Bitcoin reached a high of almost $68,000, according to CoinGecko data. But the economic and geopolitical situations were very different. Nonetheless, Bitcoin is an extremely volatile asset. Given the right conditions, we’ve already seen it can climb to new highs extremely quickly.

Trenchev’s recent forecast echoes one he made at the start of the year. In January, he predicted Bitcoin would reach $100,000 in 2022. Back in 2020, Trenchev said the lead cryptocurrency would reach $50,000 that year. This prophecy didn’t come true until 2021.

One of the many crazy aspects of crypto investing is that if you look hard enough, you’ll find Bitcoin price predictions that range from total collapse to a surge above $1 million. For example, in January, Ark Invest’s Cathie Wood said Bitcoin could exceed $1 million by 2030. Only a month before, the deputy governor of the Bank of England told the BBC it could “practically drop to zero.”

The reason predictions vary so wildly is that this is still a relatively new and untested industry. Some aren’t convinced Bitcoin has any long term-potential, while others believe crypto can transform whole industries. It can be difficult for investors to pick their way through the polarized viewpoints.

In truth, if you invest for the long term, the question of whether Bitcoin might reach $100,000 in the coming year is less important. What matters is how it will perform in the coming five, 10, or even 20 years. Even if you’re optimistic and think Bitcoin could outperform in the long run, it’s still important to listen to the naysayers as much as the crypto cheerleaders.

The challenge is that there’s a lot of uncertainty both in the short and long term. We don’t know what impact the Fed’s economic tightening will have in the coming months, nor do we know how increased regulation will affect Bitcoin and other cryptocurrencies.

Bitcoin could be overtaken by a newer form of digital currency; countries around the world could introduce their own centralized GovCoins; quantum computing could undermine Bitcoin’s security and unravel the foundation of the whole industry. Those are just a few of the scenarios that could impact Bitcoin’s price.

What this means for investors

The best way to handle this uncertainty and risk is to only invest money you can afford to lose. That way you’ll profit if Bitcoin soars to $100,000 or $1 million. But if it crashes completely, it won’t knock the wind out of your financial sails.

Don’t prioritize crypto investments over other financial goals such as your emergency fund or retirement savings. It’s more important to build strong financial foundations that will help you create long-term wealth than to jump into high-risk assets like Bitcoin.

Buying Bitcoin may make sense for some investors. What matters is your financial situation and how Bitcoin fits into your wider investment strategy. If you’re comfortable with the risk, have cash to spare, and believe in its long-term potential, you might decide to put a small percentage of your overall portfolio into Bitcoin and crypto. Just don’t rush out and invest money you need simply because Antoni Trenchev says the price could more than double in the next year.

Our updated list of the best cryptocurrency apps for 2022 is packed with best-in-class picks. The cryptocurrency apps that landed on our shortlist include perks such as $0 commissions, and one pick that is offering a $100 bitcoin bonus. Check out the list here and get started on your crypto journey, today

Have we missed the crypto boat?

There is a salvation!