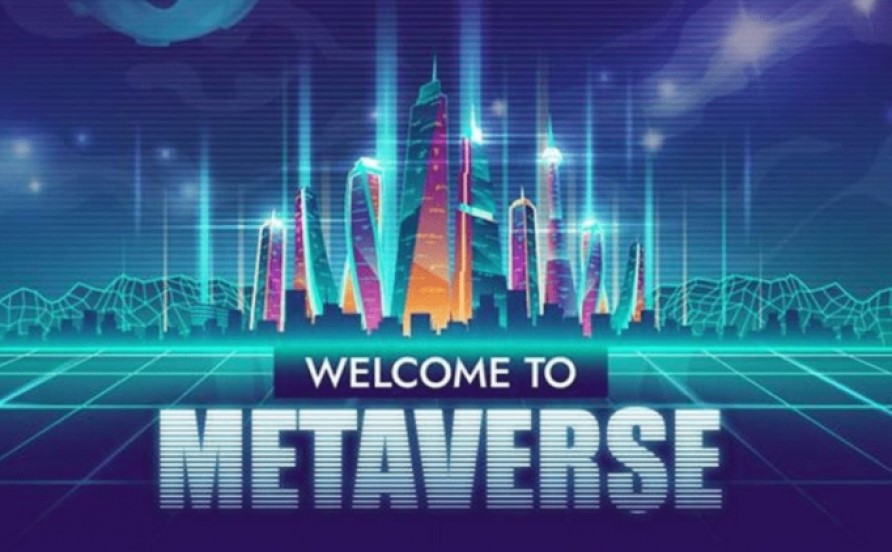 The metaverse and cryptocurrency seem to be concepts that go hand-in-hand – virtual worlds and virtual money to spend in them.

Both form an integral part of what is being hyped these days as “web3″ – the third generation of the internet, following web1 – the world-wide-web, and web2 – social media. The idea is that this version of the internet will be more experiential and engaging, involving virtual and augmented reality (VR/AR) to create immersive 3D environments

Metaverse and cryptocurrency are separate concepts and can happily exist without each other – as we’ve seen with Bitcoin, which has utility in the real world as well as the virtual world. And many visions of the metaverse – including Mark Zuckerberg’s only tangentially involve crypto and blockchain

However, it’s clear that there is a potential synergy between the two ideas. People love spending money, and shopping very quickly established itself as a key feature of both web1 and web2, so there’s no reason web3 will be any different! It’s also becoming increasingly apparent that, while no one is quite sure exactly what form the metaverse will eventually take, it has the potential to significantly impact the way cryptocurrency evolves, and the impact it will eventually have on society.

One of the big advantages of the virtual world is that there is a lot less friction than in the real world. If we want to go somewhere, we simply click a link or press a button, and we (or our avatar, at least) are there. There’s no need for costly and cumbersome transport infrastructure or passports or to pack our luggage.

The same is true of cryptocurrency. Transacting in traditional money (known as “fiat” by crypto aficionados – because its value is supposedly based on government decree) requires a vast infrastructure of banks and regulators to act as custodians, intermediaries, and clearinghouses. Transacting in cryptocurrency, on the other hand, generally just requires software running on standard computers.

Of course, we shouldn’t gloss over the fact the energy used by this software to crunch the cryptography that makes currencies work consumes a great deal of energy. But protocols are constantly being refined, and new technologies are being developed with the aim of reducing energy use. Newer proof-of-stake cryptocurrencies, for example, are said to be far less environmentally damaging than older proof-of-work currencies like Bitcoin.

As the metaverse becomes more popular, and more and more of our lives are spent online – working in virtual offices, playing games with our friends, or even taking metaverse vacations – we will need friction-free ways to pay for virtual goods and services. Perhaps we will want to spend it on virtual real estate – if we want to own our own slice of digital land on which to entertain friends or build a business!

In fact, the metaverse could add significant value to the global economy – to the tune of $1.5 trillion by 2030. And much of that value could be realized in cryptocurrency. This could mean cryptocurrency truly breaking into the mainstream as more and more of us become used to using them as a means of payment.

It’s certainly true that no one – even the likes of Mark Zuckerberg – knows what form the metaverse will actually take, when (and if) it becomes fully integrated into our lives. But from past experience, one thing we can say for sure is that businesses will use it to make money, and consumers will use it to spend it!

When it comes to establishing the currency of the virtual world, then cryptocurrencies are clearly a natural fit – and because this ground-breaking technology is also in its infancy, then its evolutionary course is likely to be influenced by changes in the way we live our lives.

For better or worse, more and more of us are choosing to spend more of our time online, and that’s only likely to accelerate as the online world becomes more immersive, entertaining, and engaging. This also means that cryptocurrency will play a bigger role in our lives. As a result, we are likely to see it becoming more regulated, more environmentally friendly, and useful.

23% of US Consumers Owned Cryptocurrency

Cryptocurrency and its role in retail