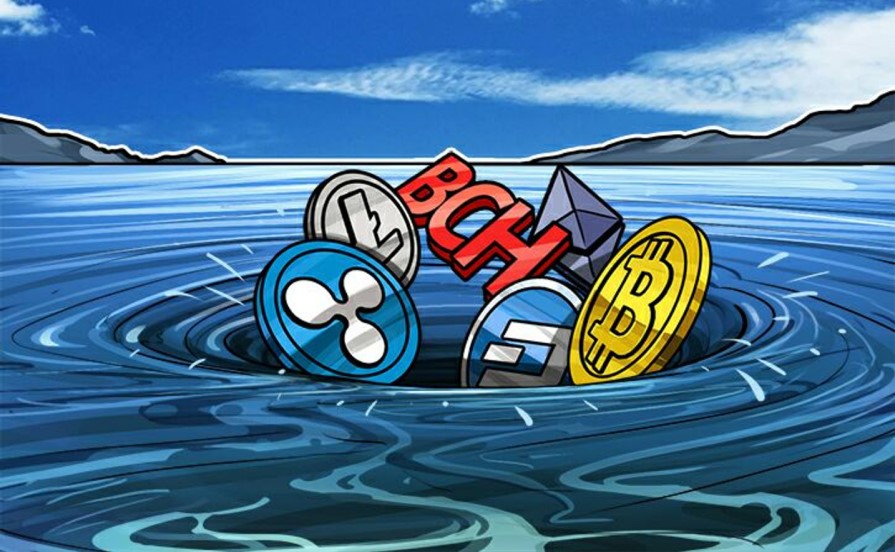 Bitcoin continued its slide this week, falling losing nearly 9% on Thursday and Friday amid a broader selloff in financial markets.

The cryptocurrency traded Friday at just under $36,000 and is down 18% over the last month, according to Coinbase. Other major digital currencies have also pulled back sharply. Here’s what experts say is weighing on cryptos.

The Federal Reserve raised interest rates half a percentage point earlier this week and Wall Street responded with huge gains in the stock market on Wednesday. One day later, investors reversed course and sent markets into a nosedive — and took crypto prices down with it.

“Cryptos have been tending to trend recently with the stock market,” said Michael Oliver, chief analyst at Momentum Structural Analysis.

Bitcoin is mirroring the Nasdaq, said Edward Moya, senior market analyst at Oanda. The tech-centric index is down 21% this year, while bitcoin is down 22%, he noted.

“Bitcoin is really stuck in a sideways news cycle where you’re just waiting for it to be calm on Wall Street and then you’ll see more people confident in investing,” he said. “I still think there’s a lot of long-term potential value here, but you have to be able to stomach this volatility.”

This year has been quieter, with fewer milestones to chart crypto’s progress as an investment and medium of exchange.

“There’s a belief that mainstream adoption [of bitcoin] is taking a lot longer than people expected,” Moya said. “Right now, what we’re seeing is that the crypto market is in a wait-and-see mode.”

Among other things, investors are watching to see what role crypto plays in the emerging metaverse and what rules a special Biden administration task force may put in place to regulate digital currency.

Chris Kline, co-founder of Bitcoin IRA, said much of this week’s fade in crypto prices simply stems from investors reacting to what’s happening in the broader economy.

When the stock market stumbles, many investors move their money into less risky, more stable assets, such as U.S. Treasury bonds. Some bitcoin investors are weighing other investing options and “moving their money back to the dollar, as a starting point, and then seeing what they’re going to do from there,” Kline said.

Bitcoin peaked at a price of $69,000 last November. Analysts said Friday that bitcoin could fall as low as $30,000 or $25,000 in coming weeks before climbing back up later this year.

Nvidia will pay $5.5 million as part of a settlement with the SEC

New to cryptocurrency and not sure where to start?